Magomedrasul Akhmedov was awarded the Commemorative Medal of the President of Russia Vladimir Putin. The head of the Russian state noted the enormous social work carried out by the “Insan” Charitable Foundation.

The diploma, signed by Vladimir Putin, says: "Rasul Gasanovich Akhmedov is awarded for his selfless contribution to the organization of the All-Russian action of mutual assistance #WeAreTogether".

The Minister of Youth of the Republic of Dagestan Kamil Saidov officially presented it on behalf of the President of the Russian Federation. Handing over the Commemorative Medal and the Certificate, the Minister personally congratulated the “Insan” Charity Foundation and Rasul Akhmedov on the well-deserved award, wished him further success in the development of charity in Dagestan. 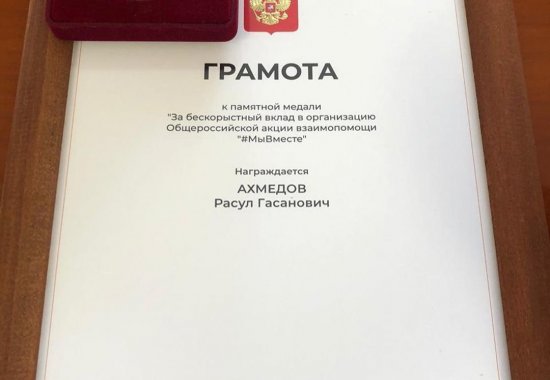 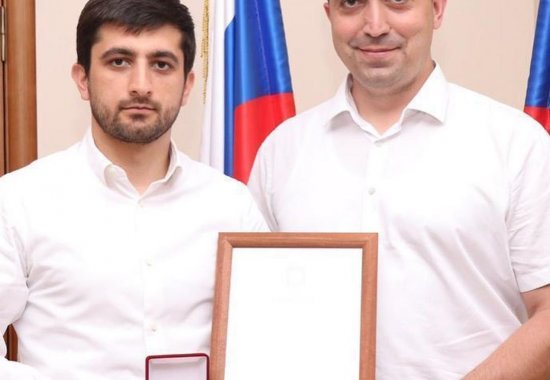 Make a donation
Call me