The mainPrograms“Meat to each needy family”

“Meat to each needy family”

Thanks to the programme “Meat to each needy family” many more hardship families have meat on the table on the holy days of Kurban Bayram, because for some of them meat is extremely rare. This programme helps such people to feel care in a holiday, and for those who want to hold a ceremony of sacrifice to do it according to the canons of Islam.
Terms of action:
Anyone willing to hold a ceremony of sacrifice and give part of the meat to the needy should:
•   Fill out a coupon
•   Contribute the cost of a sheep

The Fund “Insan” has its own database containing all the inspected needy people. Those who have some life difficulties come and fill out a form. After inspection and visual conviction that they really need it, the fund puts such people in the database and helps from time to time.

How to get meat of the programme

A person who paid the cost of the sacrificial animal can leave the meat entirely in the fund or take some of it.

A part of meat left in the fund is fully distributed among the needy from our database. 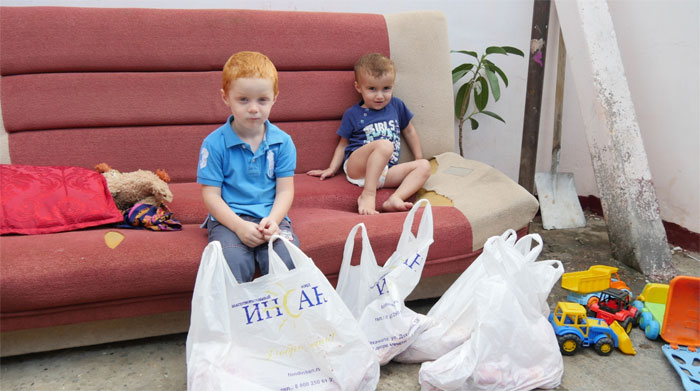 1. A person just needs to come to the Fund’s office in Kurban Bayram, if he has already been inspected and he is in the database, he immediately receives a coupon for meat delivery.

2. Each family is given a certain portion of meat, depending on the number of family members. The results of the action “Meat to each needy family” 2017 can be found here.